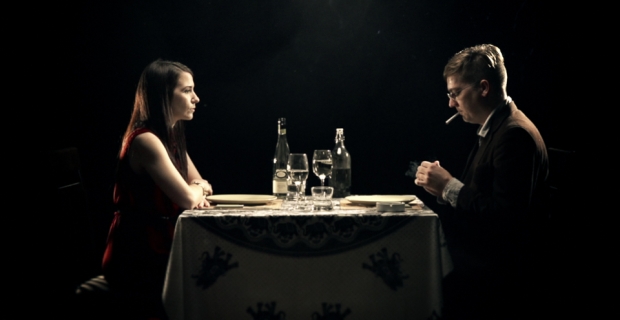 After a spending some time away from live gigs and putting their heads down in the studio, five piece Brisbane alt-country band Orphan Ann are set to launch their new single Dear Darlin’ at the Hideaway on Thursday October 24th.

Lifted from a batch of previously unheard material recorded at Incremental Studios earlier in the year, Dear Darlin’ is the first of three planned single releases by the band over the coming months. Following their singles blitz Orphan Ann plan to launch a follow up EP their debut self titled release of 2011. Regarding the new track’s lyrical and sonic direction principal songwriter Matthew Hoffman said “I wrote Dear Darlin’ right after a long term relationship failure and it’s a kind of post breakup confrontation with myself. The lyrics are probably the most straightforward and bare I’ve ever done. I think the song has the band sounding at its most relaxed to date and dare I say with a slight hint of 60s surf from Liam’s guitar which is new territory for us.”

The group formed around the recording of their last EP “Orphan Ann” beginning as a duo with singer/songwriter Matthew Hoffman and guitarist Liam Campbell. Drummer Jessi Dunbar joined the band during the recording and soon after bassist Chris Hobman and pianist Rohan Seekers enlisted their services making what has been the group’s core for the last two years. “The Orphan Ann EP was basically a solo project that organically turned into a band. The material we’re doing now has more of a real band feel about it compared to our previous EP since we’ve been playing together for so long.” says Hoffman.

Orphan Ann will also release an official music video for Dear Darlin’ on Wednesday the 16th of October to promote their new track. “We made the Dear Darlin’ video with our friends at Contortionist Studios in Wooloongabba and they’re always great to work with. It represents the overall tone of the song really well and has an interesting ultra slow motion filming technique based on David Michalek’s Portraits in Dramatic Time series.”

The official launch date is set for Thursday 24th of of October at The Hideaway with special support slots from local folk band Malo Zima and experimental country newcomers Cowbird (featuring Cameron Bower from Big Dead). The show starts at 7:00pm. Entry is $5.00.