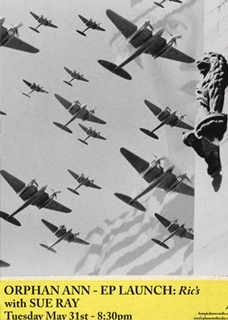 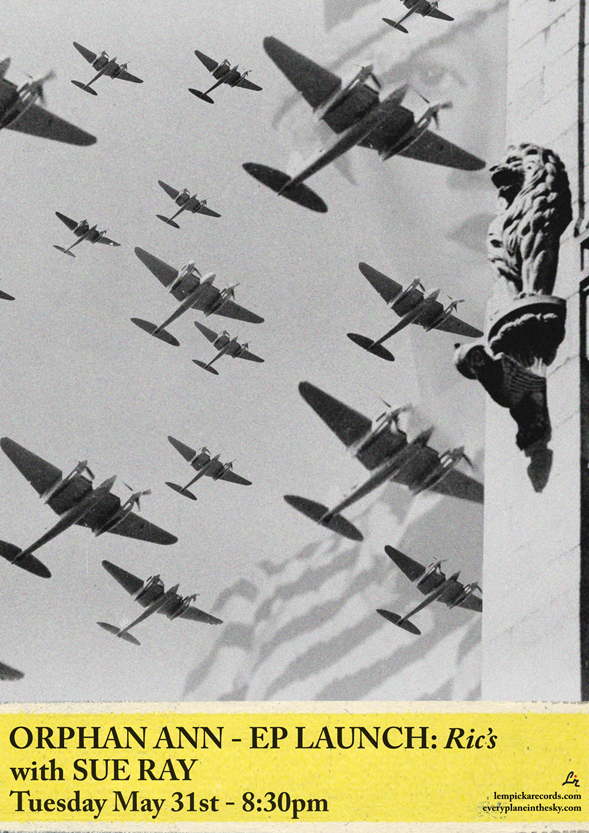 After a lengthy gestation period, Brisbane alt-country act Orphan Ann are set to launch their debut EP. The band was formed late in 2009 to workshop material by Brisbane singer/songwriter Matthew Hoffman. Originally existing as a duo with guitarist Liam Campbell the group augmented it’s lineup over the following year to form a tight-knit quintet. ‘The group grew very organically’, Hoffman explains, ‘many of the members came to us gradually and each brought something new to the sound before, so we’ve had a sort of steady evolution which has been exciting’.

The fluctuating early lineup meant the group has had to develop a concentrated focus on cohesion. ‘There’s been a lot of rehearsal and general work-shopping with our current lineup and we’re very comfortable with this upcoming release and regular gigging’, says Hoffman.

The group solidified around the recording of the first EP, with drummer Jessi Dunbar joining during the process. Soon singer/bassist Chris Hobman and pianist Rohan Seekers enlisted their services and this has been the core of the group.

The recording was originally a lengthy endeavour, with the group often re-recording songs in order to get the best result possible. The final product features guest spots from a number of talented Brisbane musicians, folk multi-instrumentalist George Jackson contributes fiddle, mandolin and banjo on a number of tracks and Matthew Palmer and Simone Pitot lend their vocal contributions. ‘We had had to re-record many of the tracks from previous recording efforts and we were really lucky to have some extremely talented people around to contribute’.

The official launch date is set for Tuesday the 31st of May at Ric’s with a special support slot from local country songstress Sue Ray. The show kicks off at 8:30pm. Entry is free.