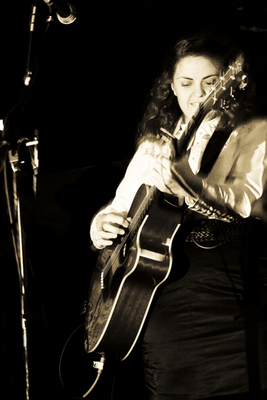 After an extended stay in the United Kingdom and fresh from performing at prestigous London venues such as The Troubador and Ronnie Scott’s Jazz Club,, Brisbane’s queen of independent folk/country music, Sue Ray, has returned to our shores and will play a host of gigs as she prepares to record her debut full-length album.

On Friday 4th of March Sue will be stepping out at the Queen Street Mall Milano’s Stage to play three half-hour sets featuring a slew of new material alongside favourites from her 2008 mini-album “Best Beware.” Show times are scheduled at 4:30pm, 5:30pm and 6:30pm.

Visiting fans and interested passers by will have the opportunity to purchase copies of “Best Beware.” Entry is free.