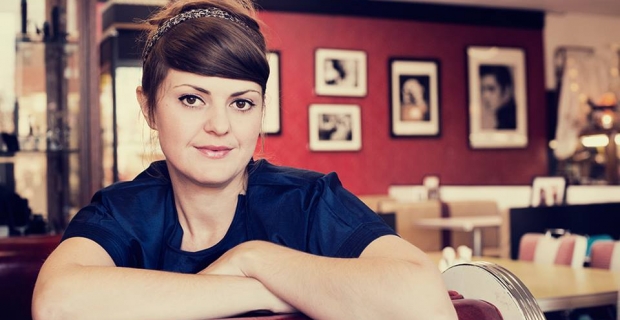 She has long been one of Brisbane’s most admired artists, and next month Sue Ray is set to release her debut full-length album Red Roses.

Confident, considered, warm, spontaneous – this collection of country-tinged songs showcases a songwriter and performer filled with confidence, maturity and a sense of experimentation. And she will launch the new album with an intimate show –supported by new duo Little Company which features members of respected Brisbane outfit Inland Sea.

Written over the past couple of years, the record began to take shape when Sue Ray took 12 months off, packed her guitar and hit Europe and the UK for an extended run of shows.In February Sue Ray returned home and soon brought together a collection of friends and fellow artists to make the album at ARIA winning producer Magoo’s country studio Applewood. Drawn to the no-fuss recording approach of artists like The Cowboy Junkies and Neko Case, Sue Ray’s priority in making the album was to capture the performance, not simply piece together the tracks in the studio – an ambition she has more than just realised with the album.

Red Roses builds on the strength of her 2008 solo debut Best Beware which enjoyed strong support from radio across the country, earned a number of Q Song Award nominations and cemented her reputation as one of Brisbane’s most striking performers.

Before focussing on her solo career, Sue Ray attracted plenty of admirers with her bands The Fondelles and Sugartown alongside guest appearance on stage and in the studio with artists including The Gin Club, Darren Hanlon and Dan Sultan.

The new album will be available at the launch and online for download soon while tickets to the launch show also include a copy of the new album.