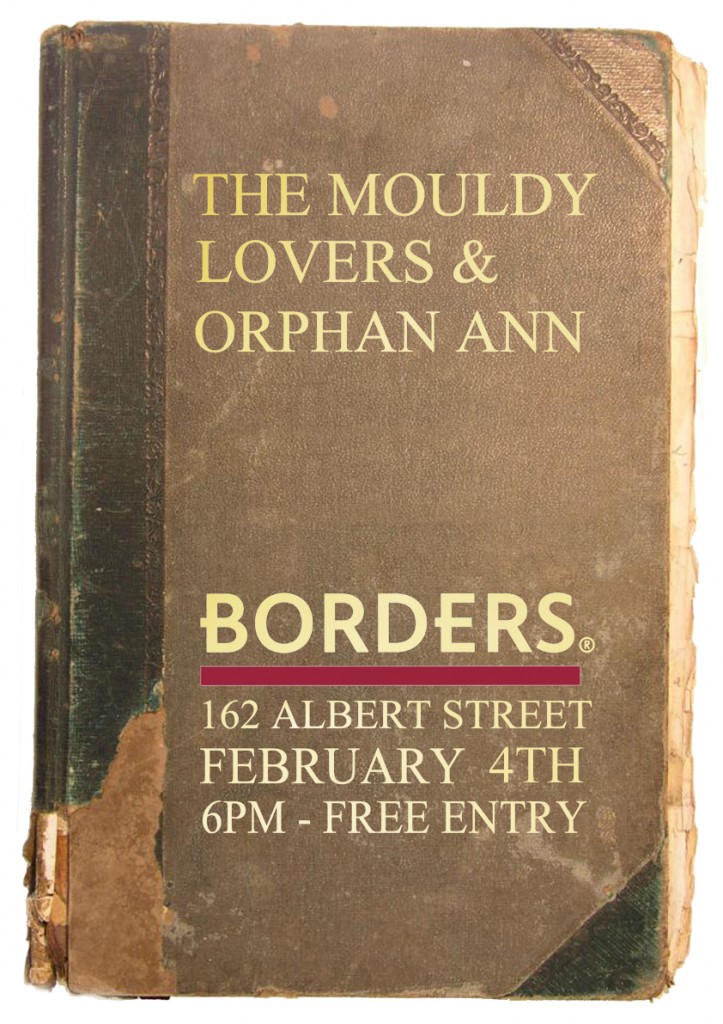 Headlining a special Borders In Store show on Friday the 4th of February is Brisbane’s premiere subtropical gypsy junk sound-makers The Mouldy Lovers, playing tracks from their own debut EP “Unhinged Hijinks” released in late 2010. The Mouldy Lovers are gathering steam for their forthcoming East Coast tour kick starting in April.

Opening for them is alt-country/folk band Orphan Ann, offering up another live performance in support of their debut EP due to be released in the coming weeks. Orphan Ann will be joined onstage by special guest musician Rohan Seekers.

The show starts at 6:00pm with free entry.